The figure shows a gel which is generated during the first step of UMID, called "screening". 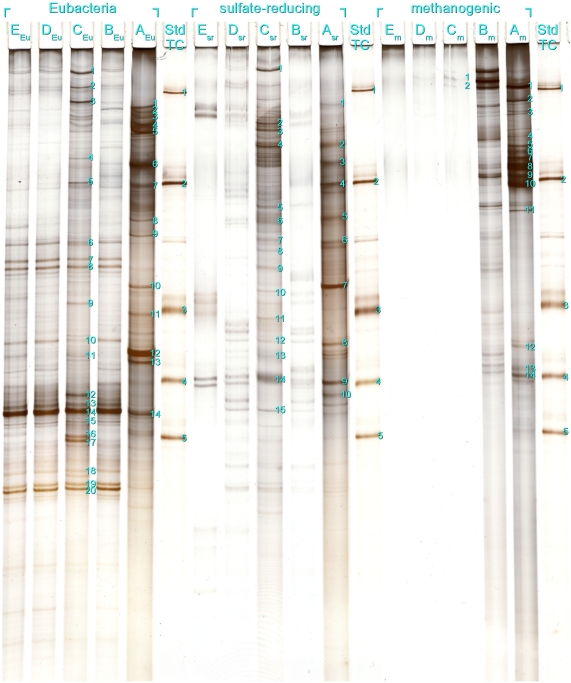 Every lane relates to a sample taken from different locations, where the index indicates the respective screening system used. Each band in a lane contains DNA of identical sequence. So different bands contain DNA with different sequences, thus different species.

Even on the screening gel it is obvious that with the universal system (Eu) the five samples look quite similar. But with the systems of sulfate reducing bacteria (sr) as well as methanogenic archaea (m) distinct differences are visible. The samples differ regarding number and diversity.

If you are interested in a system for a certain functional gene, AMODIA develops such systems according to customer specifications.